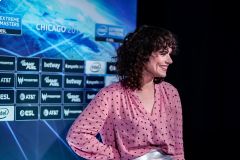 How did you get to work for the BBC? Did you study journalism?
“I studied drama at a red brick university, University of Birmingham. I started doing media stuff when I was there, going out in the city, I started writing things, managed a radio station, just getting experience. Then i became a producer, I did stuff for the BBC at another station called Channel 4 and then I worked at a radio station in Newcastle. After that I went back to online producing and ended up doing different jobs for the BBC for four years.”

Did you ever think about working in gaming?
“Not really, It wasn’t until i worked on the 2015 Worlds Championship for the BBC that I started thinking about a career in gaming. I always played games, but I never thought, there was a room for me, until i discovered esports.”

Were you hooked up after Worlds?
“I left BBC mainly because of that. After the tournament, I thought about where I could go, after I will have left the BBC. I looked up Twitch and it seemed like the perfect fit for me. It took 5 months since my application, before I started working for Twitch in July 2016.” 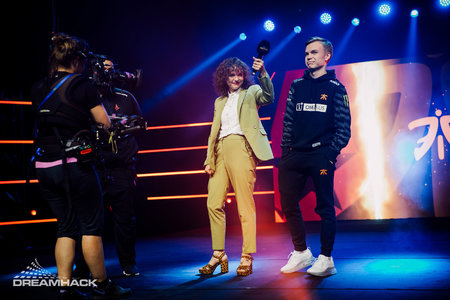 Was it hard, leaving the BBC?
“It was a massive risk, leaving the job security I had there. But I was very determined to go and very excited.”

You said before that you enjoyed connecting different departments of the BBC broadcast together, do you think that helps you doing interviews? You are, after all, connecting the players with the audience.
“Yeah, definitely. I want the people to get to know the players as I’m getting to know them. That’s why I do anything I can, to make the player feel comfortable, to give them that space, but without sacrificing the integrity of the interview. That doesn’t mean I won’t push them with a tougher question. But I won’t deliberately put them in an uncomfortable situation that might affect them between maps, etc.”

A Czech commentator once said that it not his job to be friends with the players and you need to draw a line. Do you think that is different in esports?
“I think that he’s got a point, it’s not my job to be friends with people. However, I was really harsh at first, when I was working with Starladder. Someone pointed it out that I need to have a positive working relationship with the players, so I changed my approach.”

Why do you think that relationship is important?
“I work a lot of interviewing roles and see these players all the time and I want them to enjoy talking to me. It’s sports, not politics. We’re in an entertainment industry and, of course, we take esports very seriously, there is a lot of money on the line. But I also want people to enjoy the interview. Therefore my approach is to have fun with the interview, learn about how they’re playing the game. I do not want to make anyone feel uncomfortable.” 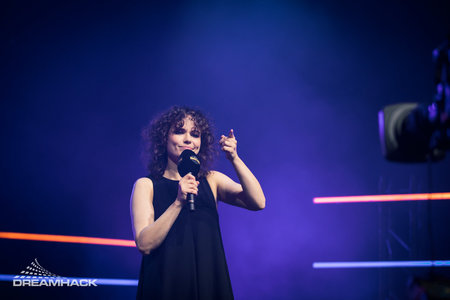 Do you think you already established that relationship with the players?
“I think so, I’m not close friends with a lot of the players, but i get along with pretty much everyone. I hope that they enjoy talking to me. I also need to adapt my approach accordingly to the interviewee. I wouldn’t push certain players into a live interview, because they are nervous about their English skills, etc.”

Were there any surprising interviewees for you?
“I was really nervous when I was spending an afternoon baking with flusha, because I have never interviewed him before. But I really liked him, I think he’s really cool.”

Which players do you enjoy interviewing the most?
“GeT_RiGhT is really cool, whenever f0rest agrees to do an interview that is great, I love interviewing him. Niko as well, he is such a great interviewee, I definitely want to do more interviews with him. MIBR were so nice to me, when we were doing an interview with the whole team, same goes for Team Liquid. NAF at São Paulo is still one of my favourite interviews, it was just after they won the first map, and he was great.”

Is interviewing someone after a loss the hardest thing as an interviewer?
“It can be, I’m an empath and quite an emotional person. So if a player is about to cry, I end up in the same way. So talking to kennyS after they lost at Katowice 2020, it was really hard and I felt kinda bad for him, because there was a lot of press waiting for him and talking about the same thing. On the other hand, it’s my job. I was too protective of the players at Katowice 2019 and wanted to make them feel better, but that is not my job and I learned that there.”

Do you have any advice on doing those sorts of interviews?
“You’re there to get thoughts from the player, but i don’t prepare for exit interviews. I know enough about their journey by that point, I have that in my brain, but I’m not going there with really prepared questions. If they are too emotional to give an answer, we'll cut the interview short.“

It must be hard being a freelancer during the corona virus outbreak…
“I’m very fortunate, because I have amazing sponsors that help me with streaming and I can work from home, since they provide me with hardware and there is also financial support. I would never go back into a contracted, traditional job.”

Would you say you get more negative comments than your male counter parts?
“I don’t think so, I think I get different comments. I’ve seen negative comments about people’s accent, homophobic comments, etc. Obviously, I get a lot more sexualized stuff, than my male counterparts will. I also get some patronizing shit when streaming, but I can deal with it. So I’m definitely not saying I’m in a worse position than my fellow colleagues.”